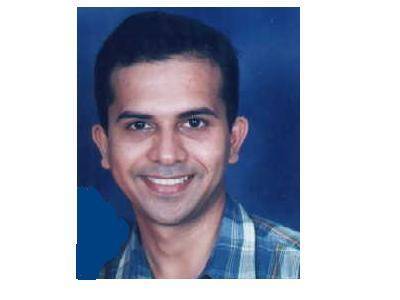 11th July 2006, this day will be indeed remember and go down in not only in the history of our city Mumbai (India) but also innumerable families that have suffered irrepairable damage it has caused.

There were 7 Bomb blast that took place on the 11th July 2006 on the life line of Mumbai in the local trains, hundreds of people were injured and many lost their life.

In one such train that took off from Churchgate station and arrived at Andheri Station at around 5:53 pm was boarded by me. For my colleague and me things seemed normal and as usual over crowded. Just before the train arrived Mira Road Station, I got place to sit, seeing my senior colleague standing I offered him my seat to which he refused saying that he was all right.

As we were casually conversing with each other all of sudden a loud BLAST took place in the same first class compartment were I was seated in. Within a matter of a split second all the people standing and seated with me in the compartment were thrown all over the place with multiple injuries and lifeless bodies filled the place.

Due to the blast, the compartment was ripped open sending down train fixtures such as fans, tube lights/bulb fittings, switch boards, iron rods etc. An electric switch box fell and rested on me sending down a high voltage electric shock that shook me violently from head to toe that’s when I cried aloud JESUS, JESUS, JESUS that was a desperate cry for help and HE did, His presence filled the compartment (Psalms 91: 15 says: He shall call upon me, and I will answer him: I will be with him in trouble;  I will deliver him, and honour him.) & (Act 2 : 21 says: And it shall come to pass, that whosoever shall call on the name of JESUS shall be saved.) andthat electric box fell off by it self, Hallelujah !

When I opened my eyes and looked around I saw people fallen all around me, one person was right on my lap his face was disfigured and was bleeding, to my amazement I found out that I was the only person in that compartment who still remained seated and the rest were thrown all over. (Psalm 91: 7 says :  A thousand shall fall at thy side, and ten thousand at thy right hand; but it shall not come nigh thee. )  Some how I managed to pull out my hands and legs from under the people fallen over me and jumped out of the wreckage without a scratch on my body (Psalms 91: 11-12 says :  For He shall give His angles charge over thee, to keep thee in all thy ways. They shall bear thee up in their hands, lest thou dash thy foot against a stone).and (Psalms 34 : 20 tells us : He keepeth all his bones: not one of them is broken.)

The people who managed to crawl out of the compartment tried to speak to each other but due to the loud sound our eardrums were badly damaged. I walked to a nearby station where some strangers helped me to find a hospital and started my treatment. The E.N.T Specialist who checked my ears initially said that both my eardrums are ruptured badly and I’ll required a surgery. We prayed that night and the next day the doctor said that though both my ear drums are ruptured its amazing that my hearing was good !  Hallelujah !!!!

Now a month later on 18th August 2006 Doctor checked my ears and was amazed at the speedy recovery and gave a report stating eardrums healed, no surgery required. Praise be to JESUS. (Isaiah 53 : 5  says : JESUS was wounded for our transgressions, he was bruised for our iniquities: the chastisement of our peace was upon him; and with his stripes we are healed) That’s why I share this testimony so others can know that JESUS IS ALIVE and He is our Saviour and our Healer.